In late 1980, to the early 1990s, there was virtually no organized education available on technical analysis based trading.

There was no internet and there were only a few books that covered many of the same basics that were taught in the Trading the Pristine Method TPM1 class.

can imagine, active trading at the time was not what it is today.

As time went by, my understanding of technical analysis grew. However, a lot was still based on subjective analysis concepts like moving averages being support, resistance, them crossing and trendline breaks.

I eventually realized that they were and began to eliminate them from my analysis and trading plan.

Trading For A Living 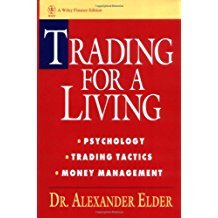 Trading for a Living

I met someone that was good at talking trading. This was at a traders' group that was organized by Alexander Elder who wrote the book Trading For A living, which was a great book of the day.

The person I met at the group and I began sharing trading ideas, which evolved into a business based on a daily fax letter called The Pristine Day Trader and then a seminar that we called Trading the Pristine Method or TPM1.

Putting together basic technical analysis concepts to determine when it was the time to enter a position either long or short was our trading the pristine method. At the time, it was unique.

I imagine that anyone familiar with the name Pristine today has never seen the original website logo above. It was unique in the day when there weren't many websites related to trading the stock market.

We taught that when prices pulled back 3 to 5 bars to expect a turn, which was revolutionary at the time!

It was then and made it part of the Trading the Pristine Method TPM1 seminar and called it the 3 to 5 bar rule.

It's amazing that some still teach it to this day.

Markets change and this market is different in many ways than the 90s and similar in others.

However, I realized that the 3 to 5 bar rule concept was limiting and a novice one to base expectations on.

Depending on the time frame used, the number of bars that form before a turn occurs changes. Change time frames and you’re lost based on the 3 to 5 bar rule idea. Or you may not even see the momentum slow and turn.

For example, five bars on a daily time frame are one bar on a weekly.

The daily turn, which may happen after five down bars is at the low of the weekly down bar turning to an up one.

Buy after one down bar? There is something for you to think about as a Master Trader.

Counting the number of bars with the expectation of a turn became a limiting belief.

Over time, those limiting beliefs were growing about the Trading the Pristine method TPM1 class.

In the Trading the Pristine Method seminar TPM1, the 20 and 40 moving average cross-overs were used for trend changes.

This proved to be a flawed concept. It was too early or too late, but sometimes just right. There was a better way and it wasn’t a different moving average type or the settings thereof.

And moving averages being support and resistance? Yes, we taught that they were a part of the Pristine Method.

However, questions began to come up about that. Not by students at all, they were my questions.

For example, if changing time frames changed the location of the moving averages, did that change the locations of support and resistance?

Just the idea of a moving average being actual support and resistance raised questions.

Choosing which ones and what type of moving average was a big decision at the time!

It continues to be to this day for the majorities that are inundated with the latest “optimized moving averages or indicators.”

There were so many questions that the Trading the Pristine Method TPM1 class did not answer.

There were subjective technical tools used to determine support, resistance and trend changes that are misleading.

Common sense eventually brought me to the realization that some moving averages are so widely used that they become a self-fulling prophecy.

There Were More Flawed Concepts

Trading the Pristine Method basic class TPM1 taught the use of drawing trend lines up and down to determine the trend and trend breaks, which I did use in the early days. In time, I realized that they too are a flawed concept.

How many ways can you determine a trend break? Only one based on an actual break.

Simply understanding that once an uptrend no longer met the definition of one, that is higher highs and higher lows, the uptrend was over. That understanding eliminates trend lines, moving average cross-overs and confusion.

The Pristine buy zone, the Pristine sell zone and the guerrilla tactics in the Trading the Pristine Method seminar TPM1 were created marketing concepts. Not sound foundational technical analysis techniques.

Many are taught and believe that there are “hidden areas” on charts or “proprietary” analytical tools.  That is False.

The real secret is in how you put together simple technical analysis concepts.

The internet and the speed that information moved changed the markets.

Trading the pristine method TPM1 did not work the way that it did in those early years.

Or maybe, I just got smarter with experience by questioning the accepted.

What To Do About the Trading The Pristine Method Class?

I wanted to eliminate it or do a complete makeover.

Other partners were not as troubled as I promoting what was not to be in the best interest of the students.

There were some valuable concepts, but they were incomplete and some – misleading and wrong.

Even so, it was much better than what was available in the mid-90s.

However, there were still those subjective, misleading technical analysis concepts in Trading the Pristine Method.

TPM1 was just too ingrained in the business to eliminate it.

With trading and business, focusing on the money first to make decisions is not right.

It should have all been eliminated, but as I said, I had partners more interested in dollars than the best education.

So I wrote a seminar in 1999 that was embraced by all students. The lightbulb moments and answers started coming.

Students no longer were going to be misled and confused by “chart artists” with this type of misleading, hocus-pocus charting from the next Holy Grail system — like the chart below.

That course was written over 20 years ago. It too became outdated over time. 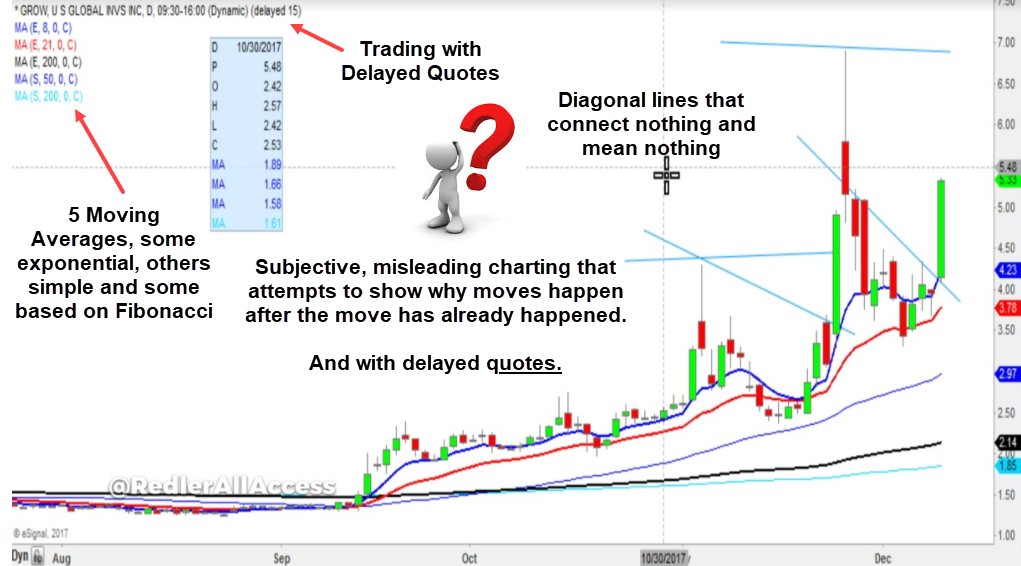 Education firms that promote different methods – from different presenters – at the same time are marketing those presenters to split profits (your money) with them.

Of course, this is confusing to you as someone wanting to learn. That should tell you to look elsewhere for your education.

The focus of such firms is to extract as much money from you as possible by selling you the favor of the day.

There is a large gap in this story that made my decision to end the old Pristine Method as a company. That is another story.

It was time to leave the past and create superior education and services for today's markets.

That has been Master Trader and creating the education that provides a complete education in one course to build your financial future with any tradable instrument of your choosing. MasterTrader Technical Strategies or MTS.

Many of my past pristine method students and many new students are taking MasterTrader Technical Strategies – MTS right now and becoming Master Traders.

If you are ready to give up on the indicator based mythology and other subjective analysis technical tools. MTS is the answer and a complete course, so you’ll never need another. 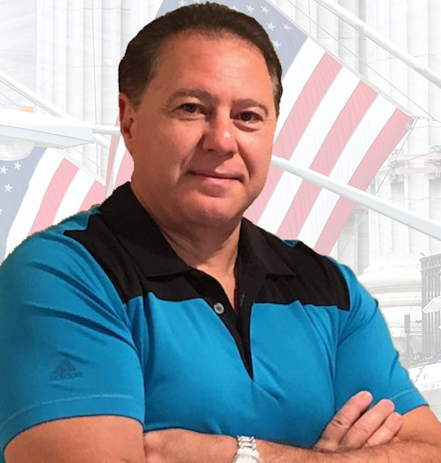 From a New Student

The new course is absolutely mind-blowing. It's really great to have clarification on technical concepts and the importance of disciplined professional money management. Thank you very much for taking the time to record it. It's literally like being over your shoulder watching you analyze the chart. The repetition of key concepts was important as the examples shown clarified what you wanted to explain. The beauty of it all is, I can go back to the recordings targeting any areas of weakness I've identified.

MasterTrader Technical Strategies – followed up with live coaching sessions with me that reinforce all strategies learned.

Sign up today and start building your financial future as a Master Trader! 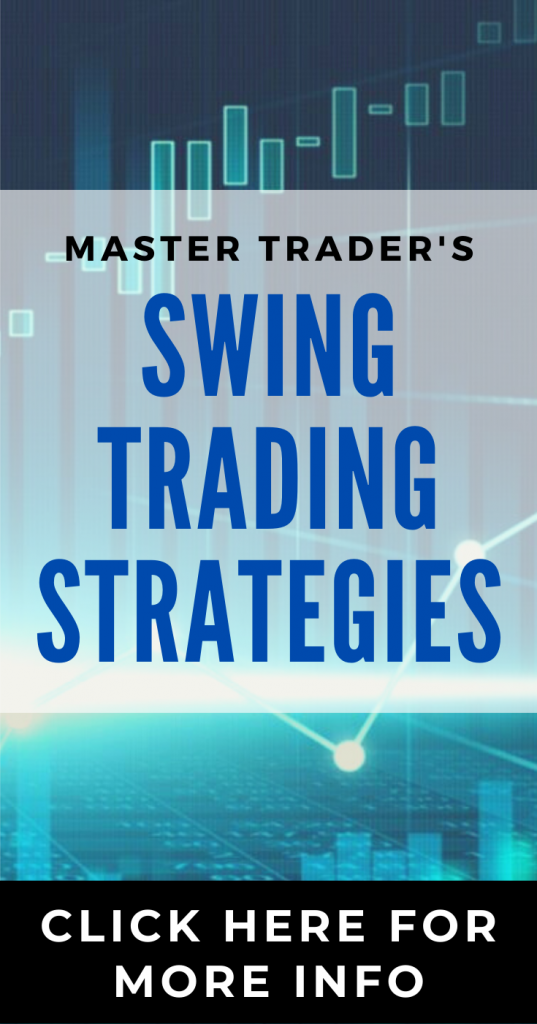 FREE Chart Of The Week - We Hold Nothing Back! Simple technical analysis and trade ideas to help you make money in the markets.