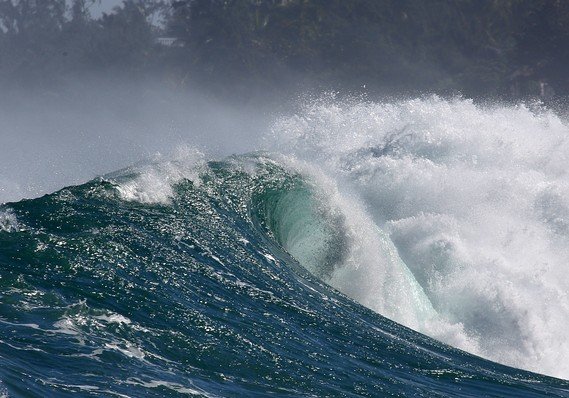 At the start of my self-education in technical analysis, I was fascinated with the Fibonacci analysis method of predicting price support, resistance, time cycles, retracements, and extensions.

I studied why it was used and how to use it. It made so much sense in predicting where the stock market — and stock prices — would reverse direction based on the Fibonacci analysis.

I read that Fibonacci analysis is in everything in life and, based on the “Golden Ratios,” it was shown in many examples of how “perfection” is based on those ratios.

Whether it was the perfect beautiful face, the structure of a bee, the construction of ancient Greek buildings and many more examples. The Fibonacci measurements based on the Golden Ratios where all there. Of course, it then made perfect sense that this would be the “right technical analysis” for anything as complex as the stock market.

As I began to use the Fibonacci analysis, questions began to arise. There were many times when the turn happened near the area of the Fibonacci retracement line — but missed it — and other times the turn just didn’t happen. This wasn't perfect!

I was certain that “I must be doing something wrong.”  Have you had the same thought with Fibonacci or other types of indicator analyses? I imagine so.

Over the weekend, I came across an article that caught my interest in General Electric (GE). It is down almost 45% this year from its high, so is it a buy here? Maybe.

Insiders are buying tens of millions of shares of GE stock, so that’s one positive that the article pointed out. It’s good to see insiders “put their money where their mouth is,” but it doesn’t ensure that “the bottom” is in.

Will Fibonacci Reveal the Turn 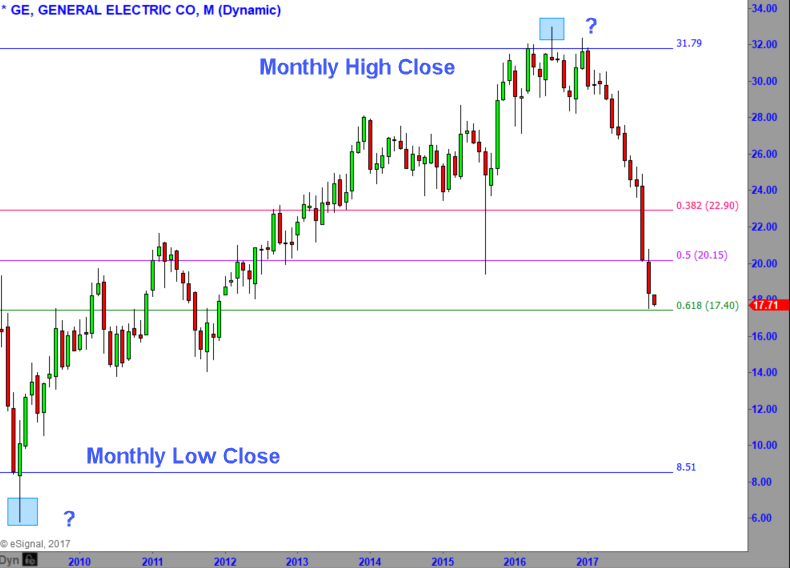 The article went on to state that Fibonacci aficionados believe that a move beyond the 61.8% retracement level starts a new trend in which the minimum target is the full retracement of the previous trend. 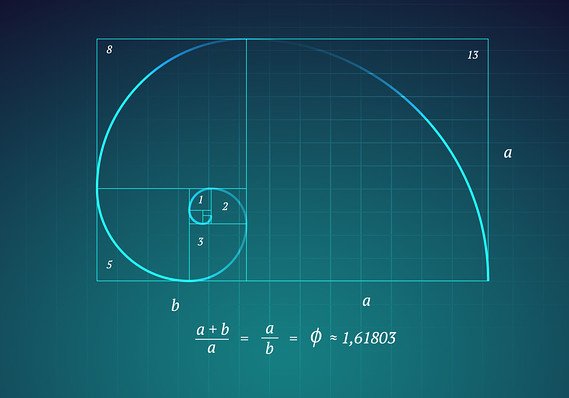 Question:  What if he did not draw the Fibonacci lines correctly?

The question implies that Fibonacci analysis has predictive value as to the turning point of the market — or any stock.

You have now entered into the maze of confusion. Add trendlines, stochastics, a Ichimoku Cloud and you will be so far down the “rabbit hole” you will never get out. 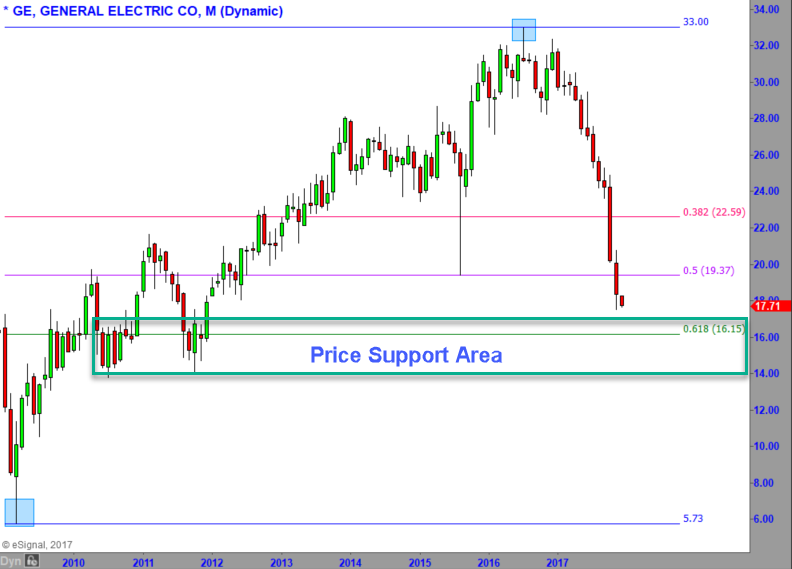 There was a closing price level at these monthly highs — and lows — in a lower time frame. Should those time frames be used? More questions!

That answer would depend on who you ask. My question is, “Why use this subjective analysis method at all?”

From the chart above, we see that the actual price support area is between $14 and $17.50. It is a relatively wide area but that “is what it is.”  GE is right at the top of that area and has begun to stabilize and form a base. On the daily time frame (not shown), recent price action is a base.

The 64-thousand dollar question is, is that base going to become support or resistance?

The current stabilization could be a base forming where prices can break down from.  If prices move above that base, then we have a possible bottom to talk about.

At this time, the trend is still down and the trend is always the major force. Support and resistance then become the reference points where reversals may happen.

Fibonacci or No Fibonacci

I will suggest to you to remove all of the subjective technical analysis from your charts. That would include Fibonacci retracements, diagonally drawn trend lines, and indicators. That is what I did many years ago to escape out of the “maze of confusion.”

Do not be fooled by those that you see on CNBC, the endless stream of emails and various webinars using these subjective analysis tools. In the end, they too are at a loss to make sense out of them.

However, that is what they learned in the past. It’s not easy to question what is widely accepted, but how long can you continue to repeat what has not worked and expect a different result? Obviously, a very long time. You’re likely to see someone connecting dots to make lines on a chart on CNBC this week.

In Technical Analysis, Price is King

No matter what method of technical analysis that you use, we say that “Price is King” in what we trade. Why massage it with subjective analysis tools when the price action that defines the trend, support, resistance — and the actual turning points — are right in front of your eyes?

Master Trader Technical Strategies (MTS) teaches you everything you need to know to profit in the markets. Regardless of what you trade, it’s always the price that you trade with your money, not indicators.

Some of you have spent thousands of dollars on indicators. Stop the craziness and get off the indicator base methodology. If it worked, you would not still be searching for what does.

If you would like to start trading “the truth in technical analysis,” which is always price itself, we are offering Master Trader Technical Strategies at a significant discount before this year-end. Enter code MTST32018 at checkout to save $1,000.

Throughout 2018, I will review with you in follow online coaching sessions (they will be recorded) the concepts taught, the broader markets, and stocks that are moving.

I will also answer all of your questions to ensure that you understand every concept to attain your financial goals as a Master Trader.

If you are considering any of my old, out-dated courses from the 1990's offered elsewhere — at a much higher price, stop the craziness. MTS is for Today's markets.

If you have any comments or questions on the Chart of the Week you are welcome to email me at greg@mastertrader.com

Stay in-tune with the markets and trade Stocks & Options with confidence! 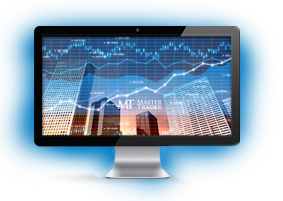