The difference between the good, bad and the ugly is growing wider and we think that is going to continue in 2017. The Internet sector that led the market in 2016 and supported the NASDAQ 100 has been under selling pressure of late. And while the darlings of that sector will certainly come back at some point, it’s clear that the funds in those are flowing into financials, industrials, transports, and last week energy came on strong; those stocks look higher. 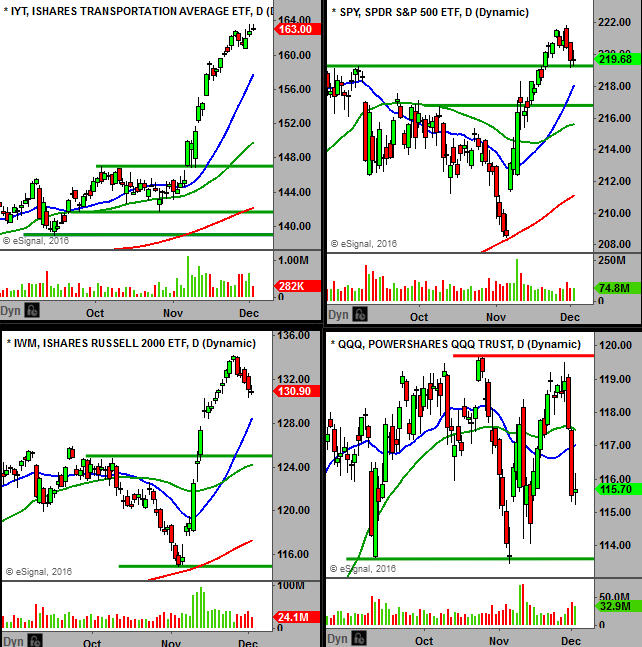 In the charts of the broader markets above, it’s clear that the NASDAQ 100 ETF symbol QQQ on the lower right is lagging tremendously. That is primarily because of Internet, technology and biotech. The S&P 500 and the Russell 2000 have corrected over the last week while the transports have continued to outperform.

That being said, the transports have seen upward momentum slowing and we wouldn’t be surprised to see them pull back a bit this week. In an uptrend, pullbacks toward the rising 20-period moving average (blue line), historically is where buyers will step up again. Those areas are aligned with small areas of price support to the left of them, which is what we want to see when using a moving average as a reference point of support. 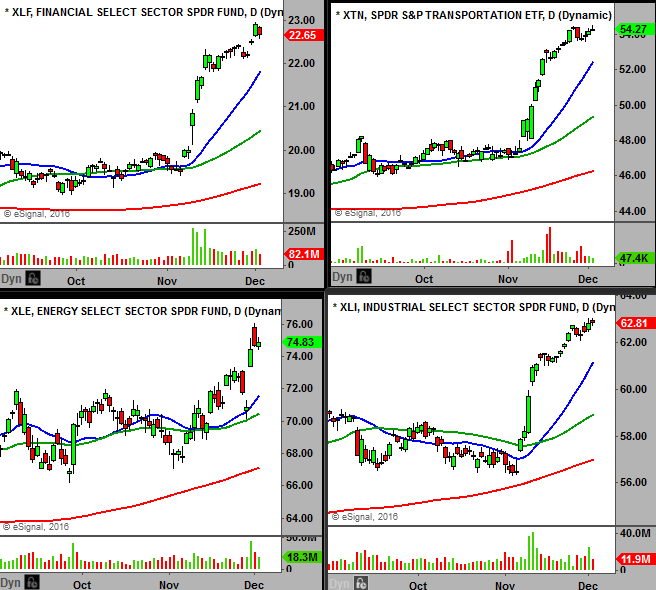 In the four charts above, we can see the great strength in the financials, transports and industrials. These moves higher  while extreme in the short-term did come out of a base (consolidation) and that does support higher prices in the future. The energy sector in the lower left has started to move higher as well. 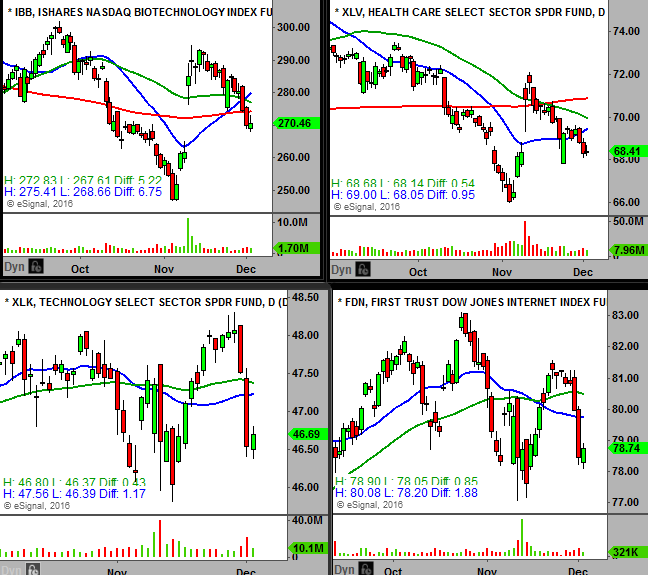 The biotech and healthcare sectors have been lagging for a long time and until we see a change in trend these sectors should be avoided. As mentioned, the technology and Internet sector, which had been strong saw sharp pullbacks last week. This week should tell us whether we're going to see a further breakdown or whether buyers want to step up here at support. We’ll avoid these for now as well. Day traders may find long opportunities in tech and internet stock since the sectors are near support.

This week should tell us whether we're going to see a further breakdown in those two or whether buyers want to step up here at support. We’ll avoid these for now as well. Day traders may find long opportunities in tech and internet stock since the sectors are near support. 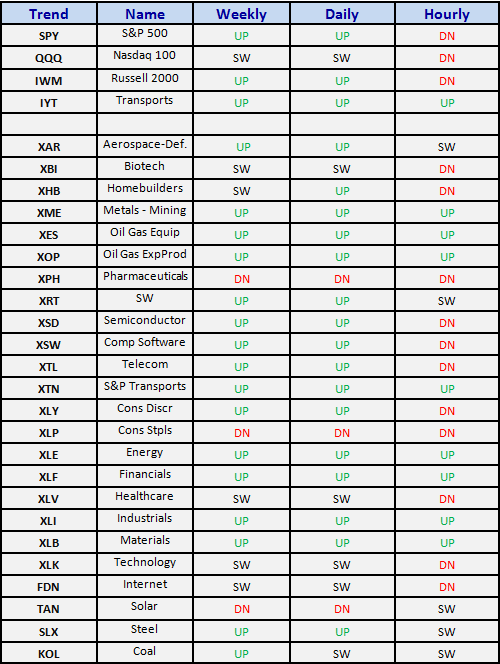 The sector multiple timeframe matrix above has uptrends in most sectors in the weekly and daily time frames. However, we did see many hourly time frames either turn down or sideways last week.

Sectors with weekly and daily time frames trending up together, but have hourly downtrends or sideways trends are expected to continue higher and vice-versa.

The Metals and Mining Sector ETF symbol XME is up in all time frames, but this sector is heavy in industrial metals. Note the steel sector ETF symbol SLX weekly and daily trends are up. The gold stocks in this sector have been beaten down as mentioned, but have stabilized over the last week or so. Gold stocks are set up for a counter-trend bounce higher.

The sentiment and breadth internals are bearish, but with blue checks since breadth has pulled back from a bearish level and sentiment almost reached a bearish level during the recent advance. Monetary has been bullish for years and continues to be.  Broader markets being extended short-term and internals being bearish/neutral we're looking for a bit more correcting.

KSU Has Been Weak 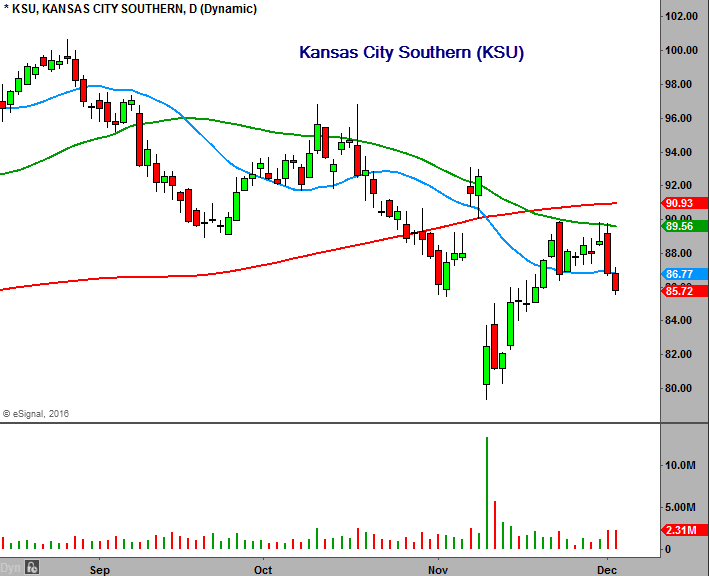 Kansas City Southern (KSU) is the in the transportation index and a rail stock. It's the only rail stock in the index that is not in an uptrend, so it has shown relative weakness. While the transports index is in an uptrend and has shown relative strength, upward momentum has slowed as mentioned. For that reason and the fact that KSU is in a downtrend and into price resistance, we see it as a good setup to move lower this week.

That being said, the ideal entry point has already triggered. So it's here as an idea for shorting, rather than an official play.

Greg Capra
Founder of The Pristine Method of Trading